You are here: Home / Supplements / Coconut

Coconut is a fruit that originates in the south pacific areas of the world. It was first given its name by the Portuguese and the Spanish in the 16th century, as they thought it resembled a ghost they referred to as coco.

This versatile fruit can be used for many different reasons. Such as cooking oils, skin products, and even intravenously injected as it shares the same genetic make-up as our blood – sounds incredible right?

However, for the purpose of this article, I’ll be referring to coconut in the context of fitness, and how it could improve our performance and nutrition goals.

One thing to highlight before we continue, the studies thus far regarding coconut (as coconut water) as limited, where they’ve only tested one group of a men’s cycling team.

What’s Inside Coconut That Makes It So Popular?

Inside 100 grams of coconut, you’ll find 18 amino acids (such as leucine, and tryptophan), 9 vitamins, 10 minerals (such as magnesium and salt), along with natural sugars, dietary fiber, fats, and last but not least – 47 grams of water.

When you sum it all up, it’s no wonder coconut is on the top spot when it comes to a health food or sports drink. Here’s a complete breakdown of the contents of coconut: 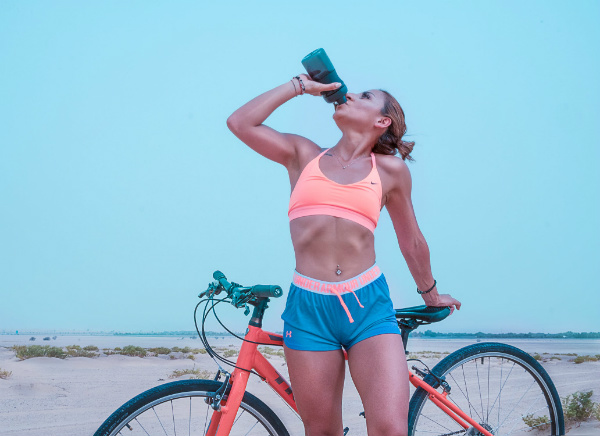 When we exercise, we release a greater amount of potassium (also referred to as K+ ions) from our contracting muscles. This leads to an increase in plasma K+ concentrations.

The plasma K+, which is the liquid that holds potassium, needs to be recovered following exercise. This is where coconut supplementation comes in handy, as it contains healthy amounts of naturally occurring potassium that can be easily, and quickly absorbed into the bloodstream.

A lack of potassium in the muscles can lead to muscle cramping and a decrease in muscular performance. (01)

Ultimately, potassium helps to increase blood flow, thus further delivering key metabolic substrates to the muscles, along with the removal of metabolic endproducts from muscle tissues such as lactic acid.

The concentrations of extracellular and intracellular potassium (K+) in skeletal muscle influence muscle cell function and are also important determinants of cardiovascular and respiratory function. (02)

For those who train hard and intense, or in hot environments – coconut water has been shown to increase levels of ‘time to exhaustion’.

Observations were made in one study which highlighted work-rate extended in cyclists at (34°C) heat. (03)

How was this possible?

When exercising in the heat, a greater demand is put on the body for the need of oxygen in the blood. A lack of water (acute dehydration) would ultimately cause a drop in performance – especially in hot condition.

Coconut water CW has been shown to reduce the frequency of urination while also retaining more water in the body, thus helping the body to retain more fluids when exercising. This leads to extended work capacity. (04)

According to several collective resources which studied the effects of coconut water consumption in heat, said:

“In conclusion, the present results demonstrate that previous ingestion of CW improves exercise capacity in the heat; provides a greater fluid retention in comparison to plain water and flavored drink; and causes no gastrointestinal distress”. (05) 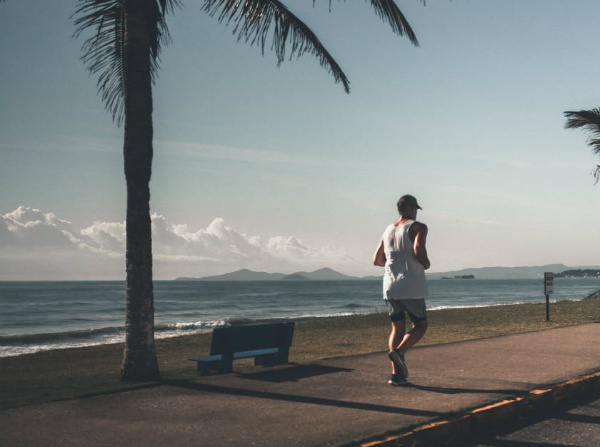 Dehydration is one of the major causes of muscles cramps. The diet of most westerners’ already contains too much salt, therefore, by having additional potassium in your diet (from coconut) can help to reduce the amount of salt you have in your body, thus balancing hydration levels. (06)

As coconut contains high levels of saturated fats, approximately 29.698 g per 100 grams, we can be sure to get the full ‘healthy fat benefits’ when eating coconut.

While the protein content in coconut is quite low at 3.33g per 100 grams, it does, however, contain a whopping 18 of the 20 amino acids. Including the sleep-inducing Tryptophan and muscle building Leucine.

As previously mentioned, coconut contains the amino acid Tryptophan, which is important when it comes to drifting off to sleep.

Sleep, when in short supply can hamper our performance. A study which followed 80 Major League Baseball players over a period of three seasons, saw those with reduced sleep were 40% less likely to continue into their season.

Last but not least, hydration. Drinking enough ‘hydrating’ fluids is a key component of extended performance, both physically and mentally.

However, drinking too much water without adequate salt and potassium (electrolytes) could cause serious health conditions such as: “brain swelling, confusion, seizures, coma and death” (08) hence the importance of intelligent re-hydration with supplements such as coconut powder or water.

You may have heard two sides when it comes to coconut for rehydration. You’ve either read that it can help to rehydrate better than water. While others say, it makes no difference compared to plain water.

So, who’s right and who’s wrong?

Just like with all things nutrition and fitness related, it depends on how you look at it.

The study that was done (09) only looked at coconut water for rehydrating sodium levels, not taking into consideration the overall benefits of potassium for muscle contractions and time to exhaustion.

To clear up the confusion, it may be worth considering that coconut water (or coconut powder crystals with water) is more than just a ‘rehydration’ aid.

This supplement can be used to extend performance, reduce muscle cramping while removing waste products built up during exercise such as lactic acid – all thanks to its high levels of potassium. In summary, more studies need to be done to confirm this, however, the studies that have been published show somewhat promising results.

Yes, coconut water contains more potassium and less salt than ordinary sports drinks. But, this may be ideal for those who need to reduce water weight, as potassium regulates salt in the body. Such as MMA fighters who need to cut water weight before a weigh-in.

Furthermore, using coconut water, or a supplement containing coconut extract will increase levels of potassium, which has has been shown to increase work-output in trails of physical fitness. (10) 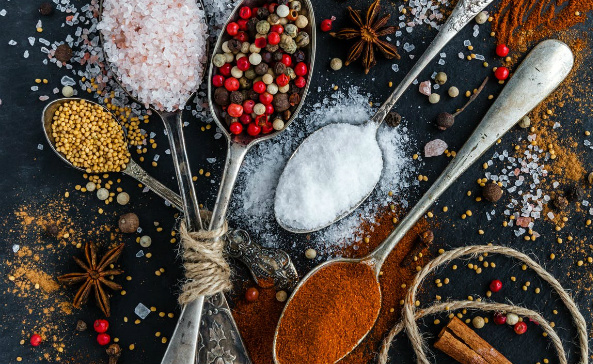 You will find coconut in two main forms when supplements are concerned. First, and potentially the most popular, as coconut water. The second being coconut water crystals (cocus Nucifera and freeze dried powder).

Coconut Water Crystals – Coconut crystals have also been referred to as ‘sports drink in a capsule.’ As coconut water is expensive – especially if consumed often around workouts, it then makes sense to consider using coconut water crystals CWC instead.

CWC provides a lot of the same benefits of consuming CW. The only difference being that it’s in powder form. Furthermore, as CW has been associated with gastronomical distress, using CWC may be one way to reduce this possibility.

Therefore, as you’ll be consuming water with CWC, then it makes for a convenient and viable option for easy and quick absorption pre or posts workout for optimal rehydration.

Coconut Water – You’ve probably guessed it already, yes, coconut water contains all of the same electrolytes and minerals as CWC.

As I’ve already mentioned, coconut water helps in hot environments to extend endurance and it can also reduce muscle cramping. One downside to drinking coconut water is that it could lead to gastronomical distress. CWC, on the other hand, could reduce or even eliminate this effect.

Coconut supplementation can improve your time to exhaustion, reduce muscle cramping while helping to maintain adequate hydration levels when exercising. It can also improve how well the body regenerates potassium levels post exercise.

You may wish to supplement coconut water with salt to further increase the efficiency of your sports nutrition for hydration. The salt and coconut combo will accelerate your hydration to match those of sports drinks.

The only difference is the combination of salt and coconut supplementation is a much healthier option than sports drinks ladened with sugar and synthetic colorings etc.

To summarise: Would I recommend or even use coconut as a powder form or coconut water? Yes, I would.

From my own experience and with research to back it up, using coconut is a healthy and natural way to stay hydrated, while increasing sports performance.

(01) A man with a worrying potassium deficiency. (source)

(08) Effects of Hyponatremia on the Brain. (source)

(09) 3 Effects of coconut water ingestion on cycling performance in heat and humidity. (source)