You are here: Home / Supplements / Zinc

Zinc is a mineral that’s responsible for increasing cellular growth while assisting in the development of the central nervous system (CNS) via the synthesis of the foods we eat such as proteins.

This essential mineral is also connected to our endocrine system, which controls the release of hormones such as testosterone.

If you’re an active person, it goes without saying that having balanced hormones can make a huge difference in the way you perform, recover, or feel day-to-day – hence the importance of zinc.

Deficiencies in zinc have been linked to a stunt in growth, poor immunity, and unwanted weight loss.  (01)

Inside this article, I’ll discuss how zinc plays its role in growth and muscle repair associated with sports and physical performance.

The Importance of Zinc

During zinc’s discovery, it was first associated with that of young men who showed signs of dwarfism, along with poor sexual development. The evidence pointed to a diet high in grains and low in animal proteins.

Zinc is moderately available in nature, and while we do know a great deal about the way it works – with its use of proteins in the body for ‘zinc homeostasis’, there’s still a lot of zinc-related proteins that we’ve yet to discover, along with their responsibilities for health and performance.

What we do know about zinc is that it’s connected to many physiological functions: from DNA formation, muscle tissue repair, cell division, and growth – along with macronutrient metabolism for most of our bodily functions, working in-situ with the mitochondria.

One more commonly unknown benefit of zinc is that of bacterial growth, more specifically, the reduction of harmful bacteria – the type of bacteria that causes infections to spread. (02)

How Zinc Works In The Body

Zinc is a small ion with the atomic number 30. In zinc, it carries a positive charge of two, where it attracts electrons which are important for its catalytic function. Meaning; zinc is used for the rapid transportation of electrons used in energy production.

It also has a flexible coordination geometry (the ability to adapt where needed) while binding its ligands with high attraction rates to molecules, where it facilitates chemical reactions and biological processes linked to growth and tissue repair.

To summarise: The benefit to zinc supplementation is that it acts as a single redox state – the transfer of electrons. Such as the transfer of foods and oxygen into energy via the mitochondria. (03) 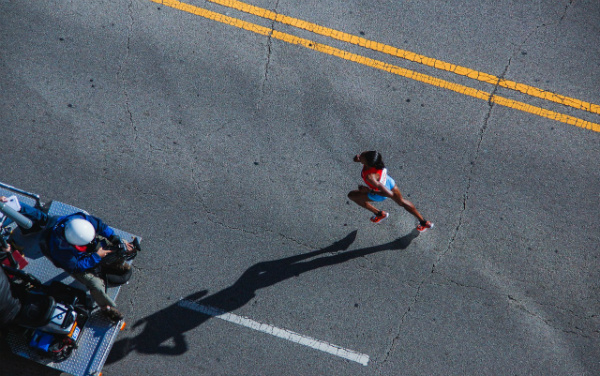 A lot of what I’ll discuss in this article is related one way or another to how zinc metabolizes the food we eat.

When we eat certain foods, they need to be carried throughout the body to be used as energy in the mitochondria. This is where zinc comes into its own.

Zinc is connected to the metabolism of many foods which assist protein synthesis, along with DNA and RNA synthesis. Without zinc, these processes wouldn’t happen, leading to the onset of illnesses.

Zinc can also assist in the metabolism of glucose, which is especially important for athletes, or those who train frequently – as glucose metabolism takes the foods we eat (more specifically carbohydrates) to be converted into energy.

As previously discussed, zinc is connected to the endocrine system, which is also linked to the release and stimulatory synthesis of hormone production.

We’ve all heard that some groups of professional bodybuilders use steroids which contain testosterone – why? This is because testosterone plays a major role in muscle building synthesis.

While zinc isn’t going to make you pack on huge amounts of muscle, it will however supply the body with enough endocrine stimulating signals to help your body produce enough testosterone on its own accord. (04)

Testosterone is not only important for bodybuilders, but for anyone who wishes to build strength, stamina, and reduce their body fat levels – all of which are associated with higher levels of free-flowing testosterone. 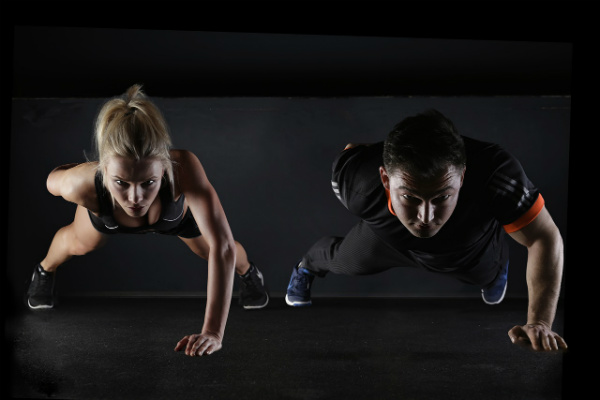 Zinc seems to play a role in the neurotransmission in the synapses (the link between neurotransmitters and nerve cells). (05)

It’s zinc’s role to acts as a modulator of neurotransmission in the glutamatergic neurons. These are located in the hippocampus – the center of memory, emotion, and autonomic nervous system.

The role of zinc is also allocated in the central nervous system with the use of genetic material to be used as a source of energy.

Studies which looked at children in China who were low in zinc, saw improvements in activity levels and overall growth rates of skeletal muscle and immunity after supplementation. (06)

If you’re like me, and you like to train up to 5 times per week when you have the time, you’ll know how it can lead to catching more colds. Why is this? When we train frequently, our immune system becomes weaker.

When our training levels increase, our immune system becomes less active in the areas the fight off respiratory tract infections.

Our immune system that would normally fight off airborne viruses, the toxins in foods, or other illnesses – takes a backseat to work on repairing damaged muscles and cartilage to name a few.

By supplementing with zinc, we can reduce the risk of catching respiratory tract infections by up to 40%. (07)

Depleted levels of zinc has been accociated with an increase in infections and illnesses. Those in less developed countries, athletes who train frequently, or people with immune deficiencies are at greater risk of becoming infected. (08)

Where Can You Find Zinc In Foods?

You can find zinc in proteins, both animal and vegetable sources.

As zinc is associated with muscle tissue repair and the endocrine glands. Making sure we have adequate amounts daily (when training increases) should be a priority, as balanced hormones and improved muscle repair will lead to greater results in your chosen sport.

One thing to note: athletes or active individuals may require higher amounts of zinc due to the nature in which they expel nutrients at a faster rate compared to sedentary individuals. Therefore, these food sources, along with zinc supplementation may be a more viable option.

The below sources of proteins are best used for obtaining adequate zinc levels.

As you can see from the above, to get the required amount of zinc for athletes, according to Finnish researches is 80-92mg per day, you would need to eat on average 1kg of beef daily. (09)

This may not be an option for vegetarian/vegan athletes, or those concerned about eating large amounts of animal products linked to heart disease – hence the popularity in supplementation.

The RDA recommends 8 milligrams (mg) for women and 11 mg for men.

Highlighting the above information from the Finnish researchers once again (suggesting a dose of zinc 80-92mg per day), there’s quite a large gap in what they suggest and what the RDA recommends.

Therefore, when choosing the right type of supplement for yourself based on the doses you require, you first need to assess your activity levels.

If your activity levels increase, you may then need more than the RDA allowance. For zinc, I would suggest aiming for somewhere in the middle at 20-25mg per day.

The Problem With Zinc Absorption

The total zinc pool plasma in the body is relatively small, consisting of only 0.01% of total body zinc. This makes zinc not only hard to obtain from a balanced diet but also quite difficult to retain in the body.

Another point worth mentioning is that all cells in the human body require zinc, yet none of the cells store it. Meaning, the body quickly uses up zinc once ingested.

Not only that, the absorption process is fairly complex when it comes to zinc. When food that contains zinc are ingested, the intestines don’t absorb everything. Instead, most of the zinc is carried away in the feces.

Furthermore, zinc can compete with iron and other minerals if there is too much preset of one, and not the other.

So, how do we combat this, and improve our zinc absorption rates?

One way to increase absorption rates of zinc would be to increase our healthy gut bacteria with the use of pre-biotics. The second way would be to use supplements alongside a well-balanced diet, as this would allow for optimal absorption for active individuals.

Zinc – it supports the growth of cells throughout the body while increasing the production of hormones in the endocrine glands – making zinc an important mineral for those who train on a regular basis, and everyone in-between.

Zinc is more than just a mineral for immune support, it can also increase our energy levels by sending nutrients to the mitochondria to be used as energy.

The supplementation of zinc, or any well-balanced multivitamin is important for those serious about their health, as it prevents illnesses caused by an increased strain on our immune system caused by oxidative stress – such as those experienced post exercise.

According to the research and data provided and highlighted throughout this article, zinc looks to be a viable option for anyone serious about their health.

I would recommend using zinc if you are an active person, or that feel your diet is lacking in animal proteins, or supplements containing zinc.

By increasing the levels of this mineral into your diet, you should soon start to feel your energy elevate. Along with the additional benefits of a more balanced hormonal system.

For any questions relating to zinc or any other supplement, feel free to get in touch or post your comment in the section below – I’ll get back to you right away.

(02) The effect of zinc on microbial growth and bacterial killing by cefazolin in a Staphylococcus aureus abscess milieu. (source)

(03) Zinc and the modulation of redox homeostasis. (source)