You are here: Home / Supplements / Iron
Iron, a powerful mineral that has the ability to increase physical performance, and overall health and well-being. It’s so important in sports nutrition that it can make or break a winning performance:

Iron, you may have heard of its important functions or you may have not – either way, we all know it’s good for us right? However, I bet you didn’t know that Iron can help you hold your breath for longer periods while underwater? Or transport more oxygen around the body when needed – such as during intense exercise?

Iron’s main function is to support the haemoglobin and myoglobin, which are responsible for carrying oxygen around the body in blood cells.

The majority of Iron is found within the haemoglobin, making it an important trace mineral for optimum blood-oxygen levels, and total-body health. Basically, the more ‘healthy‘ levels of Iron you have, the better your body will function day-to-day.

Believe it or not, the World Health Organization estimates that 600 – 700 million people are deficient in iron, making it one of the most common mineral deficiency worldwide. (I) Okay, but how important is Iron? I mean, do we actually need it as much as these professionals claim?

The Importance of Iron?

According to Dr Laura Garvican from the University of Canberra head of research, suggested that Iron was more than just a link between oxygen and blood levels; “It’s also involved in energy metabolism, immune function, and even brain processes.”

Iron has been proven not only to enhance your red-blood health, or assist in processing many functions within your body, it also has its place within the field of sports performance and sports nutrition science.

Many elite sports teams fail to notice their own Iron deficiencies, which in turn, can lead to a decrease in sports performances.

For example; triathlete Paula Findlay struggled to finish in her 2012 Olympics illustrate – coming in the last place. It wasn’t until she had a blood test that she realized her Iron levels were seriously depleted – negatively affecting her performance. (II)

What Is The Purpose of Iron? 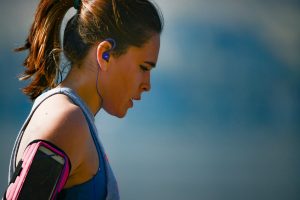 Myoglobin can be seen in high concentrations within animals such as whales, who dive to great lengths to hunt and travel vast distances. It’s myoglobin’s job to feed the body with oxygen when it’s not available through the normal pathways – the uptake and delivery of oxygen through breathing.

These two proteins are in the family of the heme group – it’s this heme group that causes the blood to turn red, subsequently, Haemoglobin is also the key player in producing more red blood cells.

“Each haemoglobin protein is made up subunits called hemes, which are what gives blood its red colour. More specifically, the hemes can bind iron molecules, and these iron molecules bind oxygen. The blood cells are red because of the interaction between iron and oxygen. (Even more specifically, it looks red because of how the chemical bonds between the iron and the oxygen reflect light.)” (III)

The funny thing is, many people may not know they’re iron deficient until it’s too late – much like the triathlete Paula Findlay who only found out after her Olympics competition. If you feel or notice any of the symptoms and signs below, chances are, you may be deficient in iron.

How To Assess Low Levels of Iron?

There is one key factor that is used to test iron levels, and that’s ferritin. (see optimal ferritin levels for athletes) Ferritin is a key indicator of how much Iron you have in the blood. It’s used to measure and treat people with low levels of Iron – such as anaemia. (IV)

Iron supplements are also known as iron pills, iron salts, ferrous salts, or ferric salts – which are used to treat conditions such as anaemia, those who tested low for iron, or athletes who undergo strenuous activity to name a few. Why athletes? Athletes are at a high risk of iron deficiency (more in detail on this below) due to the way the body depletes iron when exercise takes place.

Let’s look at the facts, the more iron you have in your body, the easier the haemoglobin can do its job – which is to transport oxygen from the lungs and throughout your body.

If you know anything about the basics of sports science, you’ll know that oxygen is vital to increase sports performance. The mitochondria, which creates energy within the body cannot function without adequate amounts of oxygen.

Therefore, if you saturate your body with healthy amounts of red blood cells i.e. haemoglobin and oxygen you’ll effectively be working at optimal levels. To do this, increasing your Iron intake is key. This will allow you to improve fitness levels, create more red blood cells, and also improve mitochondria count – thus, enabling you to perform harder for longer.

Hard workouts produce a spike in hormone levels, more specifically – hepcidin which blocks the absorption of iron. (V) Levels of hepcidin peak three to six hours after the workout. 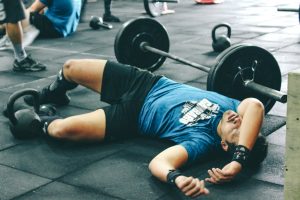 Therefore, it’s suggested to take an iron supplement first thing upon waking before breakfast, or, straight after a workout before hepcidin levels increase and inhibit iron absorption. (VI) Not only that but, the ‘actual‘ physical impact of exercise also leads to a loss of iron.

While we all know that iron deficiency can be a result of an insufficient diet, periods in women, medication, or conditions such as anaemia, right? There’s also another way we can lose iron, and that’s through something called “Footstrike Hemolysis”. Let me explain!

There is something called “Footstrike Hemolysis”. This is when the repeated action of striking the foot on the ground when running causes red blood cells to physically break up. (VII)

While this is purely a result of high levels of physical activity, let’s now run through the ways in which you might find yourself with low levels of iron.

Throughout the month, women lose blood during their period, which can result in a drop in performance, strength and energy levels. Some of the side effects will be tiredness, foggy brain, sleepiness and a general feeling of unwellness. (IX) Eating foods rich in iron, or supplementing with iron prior to having a period can help to mitigate these side effects.

As vegetarian and vegans rely on the majority of their minerals and vitamins to come from plant sources, it might not always be easy to get the required amount of Iron, especially if you’re a vegan/vegetarian athlete.

As a meat eater, you could expect to get roughly 11 mg of iron in 100 grams of chicken liver. However, as a vegetarian/vegan you may have to consume 400 grams of lentils to reach the same levels.

This is where supplementation becomes more important for vegetarians and vegans. Consuming a supplement with roughly 5-8mg per day of iron is recommended in those that may be subject to deficiencies. (X)

How Much Iron Do You Need? Iron Doses

As a general rule of thumb, for men over 18 should be consuming 8.7mg a day. For women between 19-50 years old should aim for 14.8mg, and for women over 50 should look to consume 8.7mg either through foods, or supplement form.

As an athlete, you may find that your iron demands increase, especially as a woman, or as a non-meat eater. It’s suggested that “approximately 20 mg elemental iron improves iron status and may improve measures of physical performance”. (XI)

To summarise; for women who are undergoing intense workouts (where blood loss occurs through exercise and excretion) taking up to 20 mg per day. 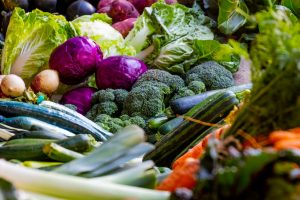 The best foods containing Iron come from both animal, and plant sources. However, something to bear in mind is that when consuming plant-based sources of iron, you will have to eat large portions compared to animal sources. The reason for this is that animal sources of iron contain a more condensed nutrient profile.

This doesn’t mean however that you cannot get the right amount of iron when a vegan or vegetarian, you just have to be aware that the volume of food required may be greater.

How To Increase Iron Absorption?

Yes, that’s right, you can actually increase the absorption and effectiveness of iron by pairing it with other supplements or food groups. To increase uptake of iron, it’s recommended that you take it with vitamin C.

Vitamin C helps the body to absorb more of the iron you ingest, as vitamin C plays an important role in synthesizing red blood cells. (XII)

While these are small, and easily mitigated side effects, overdosing on iron can prove fatal by children if taken in large doses. However, if you stick to the recommended dosages (no more than 45 mg per day – the upper safe limit) then, these side effects shouldn’t appear or cause any problems.

If you take over 20mg of an iron supplement in one sitting, these are the most common side effects:

Iron, it’s a powerful mineral that’s responsible for improved sports performance, transporting oxygen around the body and preventing illnesses. The big question is.. should you be taking it?

If you think your iron levels are low and you’ve tried adopting a whole food approach to get more into your diet. Or you’ve been tested for low ferritin levels, then I can highly recommend it to any athlete. Especially those of you who put yourselves under strenuous activity often, which, as I’ve discussed, leads to a loss of iron. Also, I would recommend active women to take iron. As a loss of blood each month can hamper your health, and sporting abilities.

For women to mitigate the negative effects of losing blood, I would suggest consuming iron-rich foods prior to having your period. This will prevent any large losses of strength or energy.

However, while these are only guidelines and the testing of iron deficiency within athletes is still in its infancy, you may require more than the above suggested, depending on the demands you’re putting on your body. To find out more, visit your health care provider for an accurate test.

Or, if you feel certain you could use the extra lift that iron has to offer, then, it could be the ingredient you’ve been looking for thanks to its numerous health benefits and energy supply.

(VI)“Iron Absorption – How much iron do I need?” Feosol. (source)

(VII) “Footstrike Is the Major Cause of Hemolysis during Running.” Journal of Applied Physiology. (source)

(VIII) “How Your Iron Levels Affect Your Athletic Performance.” The Globe and Mail, 11 May 2018. (source)