Vitamin K is a fat-soluble vitamin (much like vitamin D). It’s responsible for calcium delivery into the bones from the foods we eat, thus improving our skeletal strength.

Vitamin K is also linked to blood clotting, helping our cuts and wounds heal – both externally and internally, such as in the gut lining.

There are two main types of vitamin K. One being k1 – Phytonadione, and the other is K2 – Menaquinone.

It’s the responsibility of K1 to help blood clotting, while K2 is there to metabolize calcium, removing unwanted calcium deposits from our joints and arteries, sending them into the skeletal system where calcium is needed to form strong bones.

Inside this article, I’ll discuss how vitamin K works, along with its benefits and ideal doses.

The Importance Of Vitamin K

Some studies highlight vitamin K deficiency to the quickening of cardiovascular diseases. Hence the importance of vitamin K for improved respiratory health. (01)

If your arteries begin to gather calcium deposits due to that lack of vitamin K (needed for calcium removal). You’ll not only see issues with your sport and mental performance due to congested arteries – restricting blood flow and the delivery of nutrients via oxygen transportation, you’ll also begin to notice more serious health issues.

If calcium deposits are left untreated for many years, they can lead to heart attacks. This is down to the way plaque builds up, restricting blood flow. Causing pressure in the circulatory system.

As mentioned, vitamin K is important for blood clotting, calcium uptake and improving cardiovascular health. But how does vitamin K work exactly? How does it help with all of its acclaimed health benefits?

Vitamin K’s main mechanism is through what is called the vitamin K cycle.

The K cycle is: “a cyclical metabolic pathway that uses vitamin K to target specific proteins. When a protein expresses glutamate, it is targeted by vitamin K, which causes it to collect more calcium ions. Calcium ions are removed from the bloodstream, which prevents buildup in the arteries.” (02)

Restricted blood flow can cause a whole host of issues, not only for sports performance but also cognitive tasks.

A study published by a collective of health professionals suggests that mental performance can be greatly hindered if Coronary artery calcification (CAC) is present.

“In a population-based sample increasing atherosclerotic load, assessed by CAC, is associated with poorer cognitive performance and dementia, and these relations are mediated by evidence of brain pathology”. (03)

While vitamin K1 is good for blood clotting, without K2 we simply wouldn’t feel the benefits of improved cardiovascular health.

It’s the role of K2 (menaquinone) to remove calcium from areas we would normally consider harmful – instead, taking them into the bones directly.

One article by The Open Heart Journals said:

This concludes that both sources of vitamin K 1 and 2 are needed for optimal health. These can be found in mainly plant sources (K1) and aminal sources (K2). However, if you are a vegetarian/vegan, you can still obtain K2 from natto at 998 µg per 100 g. (05)

As vitamin K is present in the pancreatic β-cell proliferation, along with insulin sensitivity, and the production of adiponectin, which, according to Wikipedia says;

“Adiponectin is a protein hormone which is involved in regulating glucose levels as well as fatty acid breakdown”. (06) This makes vitamin K important for glucose tolerance.

One study found that in a 3-year randomized, double-blind, controlled trial of 355 patients, vitamin K improved insulin sensitivity in men with diabetes. (07) 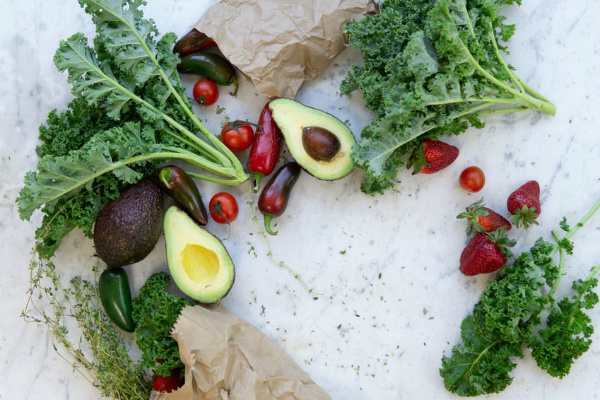 You can get vitamin K from dark leafy green vegetables, animal proteins, and green tea, more specifically Macha green tea. Below is a list of the most common food groups containing vitamin K.

Sources of vitamin K are as follows:

As I’ve mentioned in previous articles, the outlines set out by the Food and Nutrition Board (FNB) at the Institute of Medicine of the National Academies don’t account for active individuals.

It goes without saying that if you’re an active individual who trains often, you’ll already know these dose recommendations won’t meet your requirements.

No adverse effect has been reported for individuals consuming higher amounts of vitamin K, so a Tolerable Upper Intake Level (UL) has not yet been established. (08)

In reality, how much should you take?

It might be better of saying to you, there’s no upper limit to vitamin K. This means you can eat a plentiful supply of foods (or supplements) containing vitamin K without fear of it damaging your health.

This doesn’t mean however, you should gorge yourself on fish, liver, and eggs. Everything should be within reason, taking into account your daily requirements and your current state of health.

Vitamin K, like most other vitamins, can be quickly lost through sweat, and additional fluid intake causing more frequent urination.

According to one study, “In early radioisotopic studies, healthy adults excreted approximately 60% to 70% of a single oral dose of vitamin K within 3 days.” (09)

The test results continued to highlight that no matter if the dose range was higher or lower, the loss still represented 60% to 70%. The main area of the body where vitamin K is lost is located in the liver and the biliary route, double that of urine losses.

How To Improve Vitamin K Retention?

Taking into account the above information, how can we improve the rate at which we retain vitamin K?

As vitamin K is a fat-soluble vitamin, it’s best taken with fat to increase its efficiency.

The bioavailability of phylloquinone is in the range of 15-20% when eaten from plant foods. However, if you really want to improve it’s bioavailability, combine phylloquinone (either food or supplement form) with fatty acids. This way, you’ll be able to increase the uptake into the body by 3-fold. (10)

Another way would be to increase our gut flora. This is where vitamin K is synthesized.

We can increase our healthy gut bacteria by reducing acidity in the body caused by eating processed food sources.

Instead, we should aim to eat foods such as salads, yoghurts, along with fruits and vegetables. Supplements are also a great way to improve gut bacteria, such as the use of pre-biotics.

Pre-biotics work more efficiently that probiotics, which often get destroyed by the digestive process. Thus making pre-biotics a stronger alternative to gut health and the enhanced bioavailability of the foods we eat, and the supplements we use.

Side Effects To Vitamin K?

Is Vitamin K For You?

While vitamin K is not classed as a sports ergogenic per se. It is, however, an important fat-soluble vitamin that will keep our bodies strong and free from the build-up of calcium in the arteries.

While we don’t necessarily need excessive amounts of vitamin K in our diet daily, we are however seeing a drop in vitamin K in the general population. Which, if left unattended for many years may cause serious health concerns.

Therefore, by making sure you have vitamin K in your diet on a regular basis, you’ll, in turn, be fighting off the possibilities of developing strokes, heart attacks, and other circulatory related health condition.

This makes for supplementation, alongside a balanced diet a more important factor in our modern fast-paced day-to-day life – especially where sports, increased activity levels, or vegetarian and vegan dieting may be concerned.

Another way we may lose vitamins, more specifically, the failure to absorb vitamins could be due to poor gut health.

By increasing your gut health with a variety of fruits and vegetables, along with pre-biotics, you’ll be able to increase the rate at which vitamins, such as vitamin K are absorbed. This ultimately will increase the bioavailability of most foods and supplements we consume.

Vitamin K may not be as commonly known as vitamin D for example. But, it is, however, an important fat-soluble vitamin linked to optimal bone health, the reduction of cardiovascular diseases, and wound healing properties.

Vitamin K Can Help You:

For dosing, I would suggest aiming for the 90-120mcg per day – highlighted by the RDA. However, as previously mentioned, one thing to bear in mind is while the RDA is a good starting point, it doesn’t take into account, active individuals. Therefore, if you’re an active person, make sure to increase your vitamin and mineral amounts accordingly.

For any questions relating to this powerful calcium cleansing vitamin, or others like it, feel free to leave a comment below or message me directly and I’ll get back to you right away.

(04) The health benefits of vitamin K.(source)