You are here: Home / Supplements / Salt

Salt may have had a bad rep in the past, with links to heart disease and high blood pressure to name a few. However, the research surrounding natural salt (such as Himalayan) in performance is more positive – extending stamina, recovery, and adrenal support.

As an athlete, we know that salt is good for us. It’s a useful mineral to support our training goals when hydration is concerned – especially when we’re trying to avoid extreme circumstances such as ‘hyponatremia‘.

Hyponatremia is a condition which can prove fatal, causing confusion, brain damage, heart failure and seizures.

“Hyponatremia can prove fatal to otherwise healthy athletes is reason enough for sports health professionals to be aware of what the risk factors are and how the disorder can be prevented”. (01)

Hyponatremia occurs when too much water enters the body, diluting our essential minerals. It can also be brought on from excessive sodium loss – such as those experienced when taking part in endurance events. (02)

While hydration has received a lot of positive limelight in the press, one thing the media has forgotten to mention is ‘the need for adequate sodium and electrolyte intake’.

Best Types of Salt To Use?

There are two main types of salt that can provide us with a variety of nutritional benefits. These are Himalayan salt and rock salt (or sea salt).

Throughout this article, I’ll be referring to both Himalayan and Rock Salt as one. As they both contain similar numbers in minerals important for our health.

Your average table salt isn’t the same as natural Himalayan or Rock salt. Rock salt is made up of numerous trace minerals and electrolytes, and other important health elements such as hydrogen.

Hydrogen is a powerful antioxidant. According to foxnews.com hydrogen can “boosts energy, helps you recover from a workout, lowers inflammation, and slows the aging process.” (03)

Therefore, Himalayan pink salt is more than just salt, it’s packed with a host of ‘healing properties’ for the body. Here are just a few of the elements found inside Himalayan salt:

Let’s now have a look at the ways Himalayan salt can benefit your health and sports nutrition goals:

Himalayan salt restores mental and physical health, fights off depression, improves focus, and aids in the delivery of key nutrients around the body during exercise with the help of nitric oxide and the mitochondria – allowing for more ATP to be created.

The more oxygen we have available in the body during exercise (or otherwise) will ensure that our brain and muscles are receiving the most nutrients possible.

Oxygen and nitric oxide work to shuttle key nutrients such as l-leucine to repair damaged muscles. Or even acetyl-l-carnitine, which has been proven to extend performance. This is one benefit to salt, as it increases the blood pressure just enough to help assist the body’s own mechanisms in delivering these nutrients around the body during activity.

Sports recovery is a complex process. The body needs a variety of different nutrients and electrolytes at the right times to work at its peak.

By making sure adequate hydration levels are maintained with superior sources of trace minerals that are found inside Himalayan salt, will lead to enhanced benefits for anyone who trains recreationally, or on a competitive level.

While salt may be considered first and foremost a cooking ingredient, studies have shown that by increasing blood pressure to healthy levels, it can have a positive effect on our mood.

This is where sources such as Himalayan salt can be used to increase blood pressure in a healthy way, which offsets dizziness, confusion, cognitive decline, and in some cases, depression.

According to one health care professional:

“No cell in the human body can function without salt. Our electrolytes – sodium, potassium, and chloride – drive every intracellular process like pistons of an engine”. (04)

Those who may be suffering from adrenal fatigue will often crave salt. This is because cortisol regulates salt in the body.

When too much cortisol has been released over an extended period of time, sodium retention in the body will be low. Therefore, adding salt (preferable Himalayan salt) into your diet will help to balance your hormones, lowering cortisol as sodium stores begin to be replenished. (05)

Side Effects of Electrolyte Imbalances

There are other ‘minor‘ side effects from an imbalance of salt, minerals, and electrolytes in the diet that we need to be aware of as active individuals.

Here’s a list of the ways having low salt could affect your health and performance:

When we mention blood pressure, we may automatically think of negative symptoms. This may be down to the way in which high blood pressure has been linked to poor overall health.

However, having low blood pressure can result in lacking performance, and the ability to feel strong in the gym.

While we DO want to avoid things that will raise our blood pressure. Such as fried foods, excess table salt, stress, smoking, and the over-consumption of alcohol. Healthy amounts of blood pressure isn’t our enemy.

When blood pressure is too low, it can cause light-headedness, tiredness, with difficulty exercising to your full capacity.

Adequate blood pressure is required to transports oxygen around the body, especially during training. As we begin a workout, or blood pressure begins to rise naturally to allow for the blood, and oxygen reaches the working muscles. But, if our blood levels are low due to a depletion of minerals, this can cause a drop in performance due to the extra oxygen demands required by the body.

If our blood pressure is too low to begin with (due to a lack of minerals such as Himalayan salt) then, after long bouts of training where sweat and excess fluid intake further depletes our salt levels, we could be in danger of falling into hyponatremia.

Therefore, for those athletes who take part in long, endurance types sports, or even shorter higher intensity workouts, need to pay close attention to their sodium intake – being careful not to over-consume water without re-ingesting lost ‘essential’ minerals such as salt, ideally Himalayan pink salt.

Mood Changes and Inability To Focus

While we might think salt, more specifically electrolytes are connected to sporting performance and rehydration. Salt, or the lack thereof, can also have an effect on our mood.

A group of researcher from the Department of Epidemiology and Population Sciences, London found a distinct connection between low blood pressure levels and mood.

“Dizziness-giddiness in men and unexplained tiredness in both men and women were significantly related to low systolic blood pressure.” (06)

Taking into account the study published by these researches, we can see that healthy options, such as Himalayan pink salt can be a useful tool in keeping our blood pressure, and in turn, our mood elevated.

Aside from our changes in mood when blood pressure is low, it can also have a negative effect on our ability to focus.

A study published by Stefan Duschek at the Dept. of Psychology, Germany said: 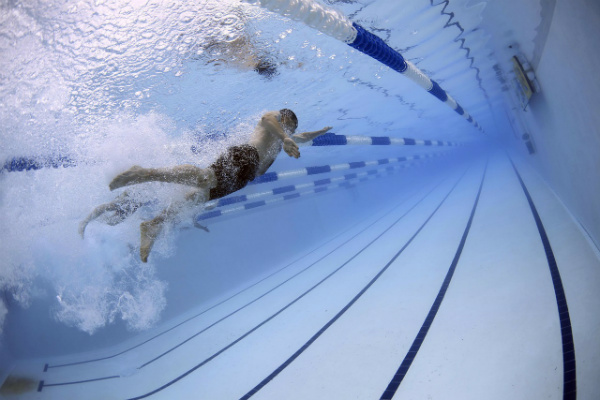 For those who are taking part in endurance events, salt and electrolytes play a vital role in the health and longevity of the athlete; supplying essential nutrients around the body with the aid of blood and oxygen, which requires electrolytes, such as those found Himalayan salt.

While the recommended doses will vary depending on the type of sport you take part in, it’s a safe bet that most people who hydrate themselves often, or sweat during exercise will need to replenish their salt levels – this is where supplementation can be a useful tool for recovery.

Either using Himalayan salt in your water, foods, or by taking a supplement containing electrolytes around your workouts; you’ll give your body a fighting chance to restore its necessary minerals, B vitamins, and amino acids – which are important for repairing muscle tissue damage.

In my own personal experience, I can recommend Himalayan salt for improved recovery. By taking it around workouts, alongside a coconut supplement, in your pre and post workout meals can make a big difference to your recovery and performance.

Nutrition is all about striking a balance for what YOUR body needs for your given sport. By ditching your common table salt, and replacing it with Himalayan salt (which is full of minerals essential for optimal health) you’ll soon be on your way to faster recovery.

(03) Hydrogen water: the truth about this new trend. (source)