You are here: Home / Supplements / L-Leucine
L-leucine has been shown to accelerate muscle growth, increase overall energy, and it can also assist the mind with nootropic effects.

L-leucine is an essential amino acid which can ‘switch on’ the muscle building process. It can also help to regulate energy supply through the body and mind, and it’s even been shown to provide nootropic benefits – helping you to think sharper. (I)

This prominent amino acid, also known as leucine, leu, or even ‘L’ for short, is connected to the trio of BCAA’s (branch chain amino acids) – the other two being isoleucine and valine. These amino acids are well regarded as being the best of all the 20 amino acids where muscle building is concerned – especially leucine.

One of l-leucine’s benefits is that it stimulates mTOR pathways (Mammalian Target of Rapamycin). One pathway, in particular, is the regulation of protein synthesis – which is the use of amino acids to repair your damaged muscles post-exercise.

Leucine can also release fatty acids into the bloodstream to be used as an energy source; for fueling your workouts, daily activities, and also your brain; giving you that mental ‘competitive’ edge on the day ahead, boosting your mental performance.

Furthermore, leucine plays a major role in the way it regulates glutamate, the neurotransmitter. This means that leucine can help your mind to work sharper and more efficiently day-to-day.

You’ll find leucine in foods such as cheese, soya, beef, chicken, turkey, and some nuts, among other food sources. You can also get leucine from supplements where the recommended dosage is 39-42 mg/kg body weight/day. This is roughly 3-4 grams per day. (II)

L-leucine is a powerful amino acid that has been shown to stimulate muscle growth over an extended period of supplementation. Studies highlight its superiority over other amino acids for its enhancing muscle building potential. 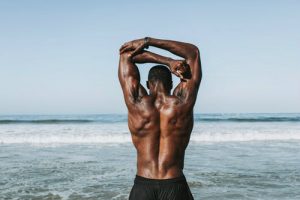 Their bench-press performance increased significantly all the way from Week 1 to Week 8 in the WPL group, thus highlighting its positive effects as a sports recovery and muscle building supplement. (III)

How Does L-Leucine Increase Muscle Mass?

When l-leucine is taken, it increases what is referred to as mTOR signalling – the act of regulating food ingestion to promote muscle cell growth.

Eating large amounts of food won’t necessarily build muscle on its own. Instead, there ‘needs‘ to be a supply of leucine for muscle growth to take place.

In one study on, ‘the role of leucine and its metabolites in protein and energy metabolism’, said; “Leucine plays a unique signalling role in skeletal muscle and adipose tissue”. This means, that without leucine present in the body, muscle growth will be sub-optimal, at best. (IV)

As already mentioned, when leucine is present, it stimulates the activation of mTOR, which is also known as a kinase. This means that it“ is an enzyme that catalyzes the transfer of phosphate groups from high-energy, phosphate-donating molecules to specific substrates.”

In plain English; leucine is a key player in how our bodies decide on which foods are turned into energy, or sent for muscle repair.

The way in which leucine increases energy is by stimulating the release of ‘lipids’ to be used as fuel transporters to create energy in the mitochondria. Lipids store energy, signal, and act as structural components of cell membranes. In short; lipids store particles in the body that we need to form energy. 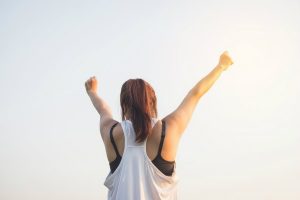 In a study published on the metabolism on leucine and energy release, highlights its leucines importance where energy is concerned; “Leu provides skeletal muscles with an increased flux of lipids, supplying energy substrates to support protein synthesis“. (V)

In simple terms; l-leucine releases stored foods, such as fatty acids into the mitochondria, at an accelerated rate to enhance energy production.

As you can imagine, the more energy that you’re able to create ‘at ease’ (with the use of leucine), will help you to exercise harder for longer, study and focus easier, and live day-to-day with more energy – all thanks to the way leucine helps regulate energy production within the body and mind.

Leucine plays a major role in the way our brain obtains energy. When leucine is present in the body, it maintains the nitrogen balance in the glutamate/glutamine cycle.

For reference, glutamate acts as a neurotransmitter, “a chemical that nerve cells use to send signals to other cells”. (VI) Furthermore, leucine also serves as a regulator of enzymes that are vital for brain energy metabolism. (VII)

Leucine can also act as a precourse to alpha-ketoisocaproate and ketone bodies. This means that it’s able to become different fuel sources which the brain can thrive off – if required.

This happens more so when glucose isn’t readily available; meaning, if you are fasting, or taking part in any type of extended training longer than 90 minutes, where glucose isn’t available, leucine will supply your brain with other fuel sources, such as ketones. (VIII)

In summary; l-leucine feeds the brain with energy created in the mitochondrial that’s unique to the brain, while also balancing the nitrogen glutamate/glutamine cycle, which is vital for glutamate to do its job within the mind.

There’s been a lot of speculation whether or not to use a protein source pre or post workout for decades. However, recent data shows that when proteins (such as leucine) are consumed pre-workout can increase your ability to exercise much more than just using carbohydrates as a fuel source. (IX)

Therefore, it would be highly beneficial to use leucine pre and post workout if possible; either in supplement form or as a whole food.

Where Can You Find L-leucine?

Leucine can be found in all proteins, as it’s one of the most abundant amino acids found in whole food sources such as chicken, steak, and dairy to name a few.

How Much L-Leucine To Use?

The recommended daily intake for leucine is 39-42 mg per kilogram of body weight. In lbs of bodyweight that’s 17.7 mg. (X) Therefore, a person who weighs 70kg (154 lbs) should look to consume roughly 2730 mg of leucine per day.

However, this amount will vary from person to person depending on their training requirements. Such as resistance training or intense workouts, where additional supplementation of l-leucine may be required.

As we’ve seen in the previously mentioned study, taking l-leucine after workouts with whey protein can accelerate its positive effects at a dose of 6.2 g per day. This is the average amount needed for improvements in strength, recovery, and increased mental performance.

Growth in all cells is a major contributory role that l-leucine plays in the body. And while this may be wanted where muscle mass is concerned, it’s also suggested that it may grow areas of the body that is unwanted, such as the male prostate.

Therefore, if you are on medication for any type of tumour treatment, then it’s suggested that you avoid further supplementation with l-leucine and speak to your doctor for detailed advice on what supplements you should, or shouldn’t be using.

Higher levels of l-leucine supplementation of 39 grams per day (way beyond the recommended average 6 g per day) may disrupt your b-vitamin uptake. Thus resulting in some unwanted side effects such as vomiting, depression, indigestion issues, and also brain fog if taken in large quantities. (XI)

On the other hand, if you’re a healthy individual with no illnesses, l-leucine is safe to use in the long term posing no adverse side effects (actually the complete opposite). As it acts as a powerful recovery aid for strength and stamina.

There you have it, a complete breakdown of l-leucine. If you’re considering an increase in training volume, or if you’re looking for a way to improve cognition and energy levels, leucine could be your answer.

With doses in the range of 1 – 6 g per day as required, you should soon see, and feel great results in a matter of weeks.

To make sure you’re keeping track of your progress, I would highly suggest recording your workouts. Such as speed, and the time it takes to complete a circuit or the weight you have lifted to compare week-on-week.

L-leucine helps the body to increase the stimulation of muscle protein synthesis, which is one of the key roles when increased muscle size and repair is sought-after, following resistance training.

Also, l-leucine helps the body to use fat as fuel, which highlights the possible benefits of leucine has as a weight loss aid along with its cognitive abilities to help glutamate do its job as a neurotransmitter.

Last but not least, l-leucine assists the mitochondria, as it supplies more ketones from fatty acids to be used as energy with the help of lipids – thus supporting per/post training, and, or, everyday energy and vitality.

If you have any questions regarding l-leucine, then please get in touch and leave your comments below.