You are here: Home / Supplements / Citicoline (CDP-Choline)
Citicoline (CDP-choline) has been shown to increase mental alertness, focus and concentration. Along with improved learning and memory. It also helps to speed-up energy metabolism. In addition, it can also assist in rapid weight loss by removing harmful fats from the body.

This powerful brain chemical ‘citicoline’, (also referred to as CDP-choline, or choline) is an organic compound that’s produced in all living cells. It assists in energy metabolism and hormone production such as dopamine and testosterone.

Furthermore, it’s even been highlighted as a supplement for assisted fat loss, whilst also improving memory and learning which we’ll look into in just a moment.

It works by metabolising fats to be converted into energy. And it also targets areas of the mind linked to enhanced cognitive improvements, allowing for greater neural-connectivity to take place.

Choline is known as a lipotropic, which is a substance that removes fat from the liver and other areas of the body. Research also suggests that lecithin (a form of choline, also a B Vitamin) can lower bad cholesterol and improve good cholesterol.

Citicoline is able to…

Citicoline is a compound that’s converted to choline and cytidine (choline is a member of the B-vitamin complex). Foods that are high in choline are soy products, meat, and egg yolks.

Both choline and cytidine support the brain in a number of ways. Such as; helping to enhance learning, focus and memory retention. Whilst also regulating fat metabolism and dopamine production.

When using citicoline, it enhances the use of phospholipids (a type of lipid/fat), which are used to build brain cells. (I)

And if you know anything about me, you’ll know I’m a huge fan of any supplement that increases the efficiency of the mitochondria. And that’s exactly what citicoline does.

Citicoline is able to provide more energy to the mind and body by releasing fats into the mitochondria.

As for the supplement itself, citicoline is a popular ingredient in nootropic stacks thanks to the above-mentioned benefits. You’ll find a number of neurohackers online siting citicoline as their main ingredient to boost focus and relaxation.

What’s more, in one study (which we’ll look at in just a moment), it showed that choline supplementation resulted in positive signs for sustainable and rapid weight loss. 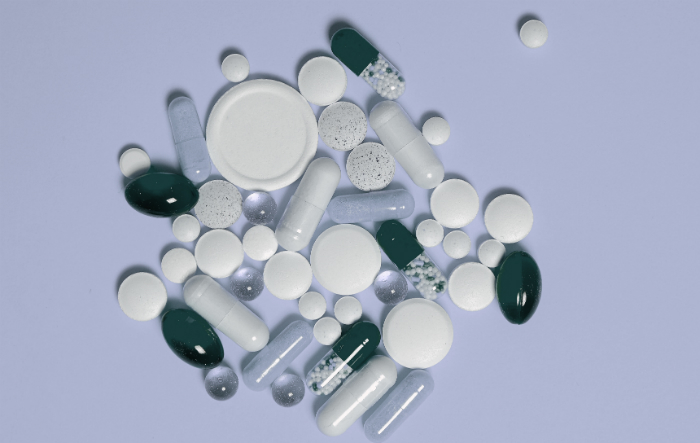 Citicoline (CDP-Choline) is made up of choline and cytidine, and thus gets converted to choline once ingested in supplement form:

Therefore, this makes citicoline able to increase the rate at which the brain uses phospholipids. These are types of fats in the body (and brain) which are required to create a brain chemical called acetylcholine.

Furthermore, studies also suggest that CDP-choline supplements (a.k.a citicoline) increase dopamine receptor densities. The better our dopamine pathways work, the better our memory becomes and the more efficient our minds can function. (IV)

Another reason why you might choose citicoline vs choline is that it’s able to be converted into uridine.

Uridine is helpful as it’s been shown to increase dopamine levels in the mind. When dopamine levels are balanced, other hormones can flourish, such as testosterone, which I’ve also discussed in Mucuna Pruriens Effects on Testosterone.

Finally, choline is found in many food sources, such as egg yolks and soybeans for example.

However, the body has to convert these foods to obtain choline. This is where citicoline supplementation may be beneficial. As it’s able to cross the blood-brain barrier – getting to work in the mind in a very short space of time. 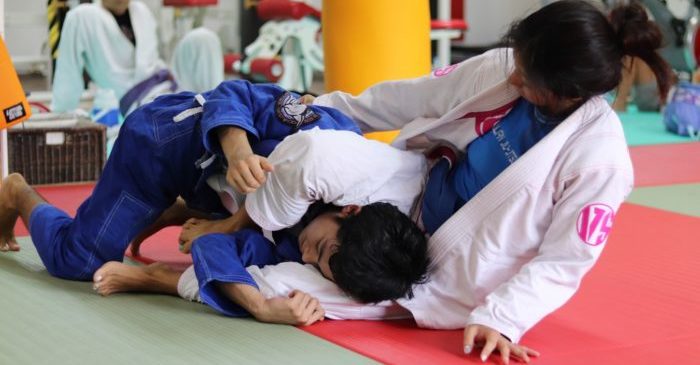 One of the most interesting studies done on choline and fat loss showed very promising results:

The study in question took female fighters (15 taekwondo and 7 judo athletes) giving them choline at 1g twice daily with meals.

This group of female athletes used choline one week prior to a competition to aid in fat loss. And the results showed that it was able to reduce a significant amount of fat mass compared to those not using choline by 10.23%, with a rough average reduction of 15% in their BMI. (V)

Furthermore, other researches highlight choline’s superior benefits for assisting in energy metabolism in the way it metabolises fats for fuel (from lecithin). This also helps to reduce fatty liver and fatigue often associated with dysfunctional mitochondria. (VII)

Lecithin (a B Vitamin) which is an excellent source of choline (which can be sourced from citicoline) has been shown to assist in energy metabolism by assisting in the breakdown of fats to be converted into energy. (VIII)

Energy metabolism happens within the mitochondria. The mitochondria are the powerhouse of energy production. It takes the foods we eat, along with stored body fat, to be converted into adenosine triphosphate ATP.

Therefore, if we can assist the body by sending more fats into the mitochondria, theoretically, we can lose weight at a faster rate and improve our energy production for exercise, cognitive tasks, and detoxification.

Citicoline for The Mind: Nootropic 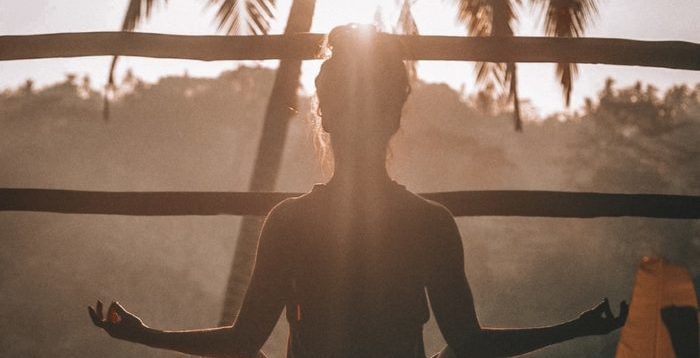 For those who may be ageing, or perhaps under continuous mental stress and fatigue, citicoline shows surprising benefits for enhancing memory. Thus reducing memory loss. (IX)

Phospholipids are found in large quantities in the brain, where they are an important factor in the health of cell membranes and neurotransmitters.

This links citicoline closely to enhanced focus, learning, and concentration.

Furthermore, it was shown that when a group of researchers gave 60 healthy men a caffeine and choline combination (compared to a placebo group) they exhibited faster maze learning times and improved “information processing speed” at 250mg combined with caffeine. (X)

There are many benefits to feeling balanced, emotionally speaking. Such as; a hormone system that works efficiently for ‘T’ production whilst assisting in fat loss. And even better memory and learning when we’re relaxed.

Citicoline has been shown to increase norepinephrine in the cerebral cortex of the mind. This acts as a stress hormone and a neurotransmitter, which is responsible for making us feel happy and relaxed, (see also L-Tyrosine).

To summarise: Dopamine is the brain chemical that makes us feel good, happy, and relaxed, a.k.a the feeling of pleasure. Therefore, by using citicoline, it’s able to increase these feelings.

In plain English? Choline acetyltransferase (a type of enzyme) is responsible for the synthesis of the neurotransmitter acetylcholine. This, then allows for certain messages to be sent throughout hormonal production pathways. (XIII)

Therefore, due to the close relation of choline, where it acts as a messenger of RNA (a messenger responsible for sending signals to regulate hormone production). Then we can see from the science how important choline is for hormone production, namely testosterone and luteinizing hormone.

How Much Citicoline to Use?

In the above-mentioned studies, it’s been used at different dosages for different required outcomes. These are as follows:

According to one research paper, it was shown that the average daily dose of 500-2000mg showed no signs of side effects. (XV)

However, they did go on to say that some people may experience stomach discomfort following large doses of oral supplementation.

Is Citicoline Right For You?

The final question to answer here is, “why supplement with citicoline if the body can convert it from foods and produce it in the liver?”

The issue we face with citicoline is that it can be used up quickly if our diet doesn’t support its natural production.

Periods which require large amounts of concentration; Such as work or sports-related tasks can deplete this brain-boosting chemical at a rapid rate. (XVI)

Furthermore, given the extremely complex pathway which the body uses to create citicoline (CDP Choline), and that modern western diets don’t contain enough choline-containing foods, then energy metabolism for the mind and fat metabolism can be seriously hindered.

So finally, why would you consider using citicoline over foods?

It’s simple really; citicoline gets to work in a shorter timeframe, making it easier to absorb by crossing the blood-brain barrier. Rather than breaking down foods to then be converted, then absorbed in a lengthy process.

Taking all of the research into account, and my own experience using citicoline, I can say that it’s helped me to improve my focus, energy levels, and yes, even some additional fat loss.

By supplementing with citicoline, compared to using foods, it shows that it’s able to cross the blood-brain barrier, thus getting to work in a very short time-frame.

This may be of benefit for people who are on a low-calorie diet, not wishing to consume excess calories, yet yield the same benefits form citicoline.

Or perhaps it may be of benefit for people who can’t obtain enough choline foods, easily or frequently.

Furthermore, when you consider the high demands of everyday modern life, and the general lack of choline-containing foods in our diets. And also the rate at which choline/citicoline can be used up. It makes supplementation a positive option.

Want to read more about supplements? Read my supplement articles here. Or perhaps you want to learn more about nutrition for performance? You can read my nutrition guides here.