You are here: Home / Supplements / Mucuna Pruriens Dosage For Testosterone
Mucuna pruriens (the velvet bean) has been shown to improve testosterone levels in men with low testosterone, and low semen or profiles. It can also help to improve focus, well-being, and carbohydrate metabolism. 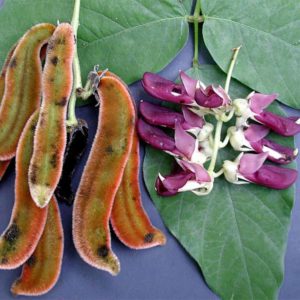 The most notable study done on the increase of testosterone production, with the use of mucuna pruriens, took 60 men who were undergoing infertility treatments. The study reports these men were experiencing large amounts of psychological stress. (I)

When large amounts of psychological stress are exposed to the body over prolonged periods of time, cortisol is released – cortisol is the stress hormone.

This study (which I’ll discuss below) indicates that mucuna pruriens can increase hormone production via increased dopamine levels – by reducing stress. This leads to greater testosterone release in men with low testosterone levels. How does this work exactly?

How Does Mucuna Pruriens Increase Testosterone?

The main element inside mucuna pruriens is levodopa. This (when consumed through mucuna pruriens) gets converted into dopamine – the neurotransmitter and the hormone responsible for making us feel good and happy.

When this process happens, it can then allow for the release of the gonadotropin-releasing hormone.

Why is Testosterone Important? 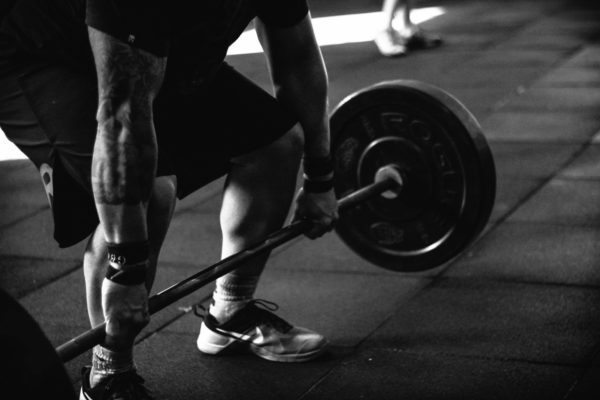 Testosterone is important because it increases muscle protein synthesis. And it also increases the health of our mitochondria, giving us more energy throughout our entire body, not just hormonal benefits.

The mitochondria for reference; is the powerhouse of energy production. It converts the foods we eat, along with oxygen into usable energy in the form of ATP adenosine triphosphate.

Furthermore, having more ‘T’ also increases nutrient partitioning. Which is the process of taking the foods we eat, to be converted into muscle, rather than body fat. We obviously want the former when we’re trying to build lean muscle.

So just to quickly summarize where we’re at so far.

How Much Mucuna Pruriens For testosterone Production?

How much did the researchers use in this above-mentioned study? They used five grams per day for 3 months.

And after three months, the 60 participants had a significant increase in sperm mobility, sperm amount, and testosterone production.

However, we could hypothesize that the use of this ancient supplement might not boost testosterone levels beyond their normal ranges.

But it does show that it can be used to bring testosterone levels back up to normal ranges. And now for some other interesting facts about mucuna purines. 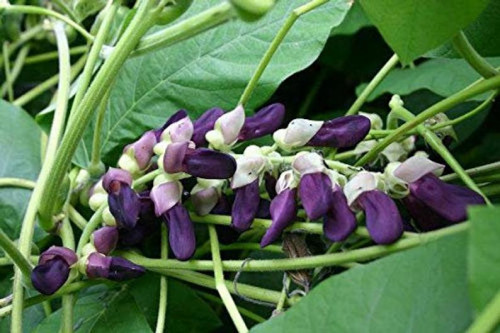 It’s known as an adaptogen, very similar to ashwagandha. It’s been used for thousands of years, it’s classed as ayurvedic medicine, and it can reduce stress and anxiety. And it can improve focus, mood and concentration.

Mucuna pruriens can also improve energy levels, whilst helping to regulate sleep. And it can also protect the brain from stress. Allowing the mind to function better. Which is exactly why some researchers have looked to use mucuna pruriens in the treatment of Alzheimer’s. (II)

One more fact to mention here about this adaptogen. It can help the body to respond better to carbohydrates. Which means, it helps to partition carbohydrate for energy rather than fat storage.

This falls under nutrient partitioning, where the body takes the foods we eat and converts them into energy. Which is needed to build and maintain muscle. Rather than being stored as body fat.

To summarise, the studies indicate that when using this adaptogen, our body produces more ‘feel-good’ hormones, whilst also responding better to carbohydrates. Which is beneficial for a number of health reasons. The prevention of diabetes to name just one.

It’s been shown that using 5 grams per day for 3 months had positive effects on people with low testosterone. (III)

Like I’ve already mentioned, it potentially won’t increase our testosterone levels beyond their normal ranges. But it has been shown, in this study, to help balance hormones to natural levels.

How To Take Mucuna Pruriens?

As there’s no clear or set rule with the use of mucuna pruriens, it’s safe to say that just like with ashwagandha, it can be taken at any time of the day.

Personally, I like to use it with meals, as the sugars from foods help to deliver nutrients around the body. However, this will all come down to personal preference.

After looking at the research, it’s clear there’s a connection between how the presence of levodopa increases testosterone production.

In summary, when we’re happy, our hormonal balance will be at its most optimal (given there are no other underlying problems).

To clarify once more, mucuna pruriens hold potent amounts of levodopa, the precursor to dopamine. When dopamine is high, other hormonal signals will be allowed to work efficiently. Therefore, leading to improved testosterone production.

It’s worth noting that mucuna pruriens may interact with other medications that contain levodopa. So speak to your doctor if you’re concerned about these hormonal changes interacting with any medication you may be on.

Otherwise, the studies indicate that using mucuna pruriens is able to re-balance testosterone production, and with it, an elevated mood, focus, and a sense of well-being.

For more information on sports nutrition, you can read my nutrition blog posts. Or for supplement info, read my supplement articles here.