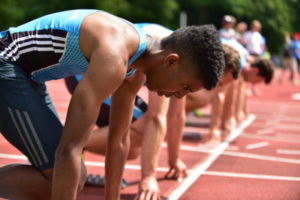 So, what is citrulline exactly? Citrulline is an amino acid and also the precursor to arginine. Arginine is the substrate which increases nitric oxide production (NO) and also growth hormone levels.

Knowing this, citrulline begins to sound more appealing as a sport enhancing supplement. That’s why more people (myself included) are beginning to use citrulline surrounding workouts – before, during, and in some cases, after.

This powerful and natural sports supplement increases blood, oxygen, and nutrient delivery around the body. It also increases energy supply (adenosine triphosphate) in your body to help you push through the toughest of sessions.

But while myself, and thousands of others have used citrulline with great effect, more research still needs to be done to highlight its full-mechanisms. In this article, I’ll run through the research surrounding this popular pre-workout supplement.

Benefits of L-Citrulline as a Pre-Workout

Citrulline offers many benefits outside of what you might consider as a pre-workout. To see citrulline’s benefits in full, read my complete article on citrulline here.

On the topic of citrulline as a pre-workout; here are just some of the benefits that you’ll receive from using citrulline:

How Much L-Citrulline to use Pre Workout?

There are several ways you can take citrulline according to the studies. Firstly, you can use it throughout the day in separate doses of roughly 1-3 grams on three separate occasions. The other way is before a workout at 6 grams. However, if we analyse the research (more on this below in just a second), taking more doesn’t always account to better results. Let me explain: 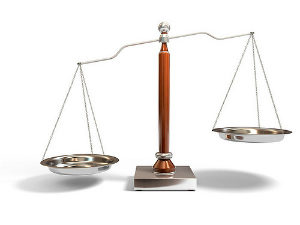 When large amounts of any supplement enters your body, several things happen. One of the first things is an influx of gut disturbance – which could upset your electrolyte balance. Another thing is that your body becomes immune to the benefits of the supplement over time – much like the resistance you build when drinking large amounts of coffee over long periods.

I suggest using doses of 500-1000 mg per dose, alongside other minerals such as potassium and sodium to get the best pre-workout results – long term.

So, where does this leave us? Personally, I use less than the recommended studied amount. I do this as I prefer to drip feed my body with micro-dosing. This way I can use citrulline long term knowing that I won’t build up an immunity.

When you take citrulline, it gets turned into arginine in your kidneys. Arginine is the main component responsible for improving nitric oxide production.

When digestion and conversion takes place from citrulline to arginine, citrulline holds a greater conversion rate – thus increasing the amount of arginine you have available – as opposed to using arginine on its own. Which is why you want to use citrulline over arginine.

Once citrulline is converted, it then increases blood flow, extends sports performance, and increases sex hormones – such as growth hormone. Below are some of the studies done on citrulline as a pre-workout:

Studies on L-Citrulline for a Pre-Workout

In a double-blind study where 41 subjects were tested over a 7 day period, noted that citrulline was able to delay fatigue and promote more reps per set in a weight lifting protocol. Not only that, but citrulline also helped to reduce post-workout muscle soreness, also known as delayed onset muscle soreness – DOMS. (I)

In one cohort study to test improvements on fatigue, which lasted a total of 4 weeks where 18 men were given 6 grams of citrulline for 22 days, saw vast improvements. What the researchers found was that a large amount of ATP production was seen on day 3 at 34% greater than baseline. 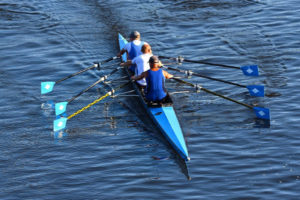 However, their ATP levels did return to normal after day 15. So, this tells me that citrulline can improve ATP production and energy levels back to optimal if you are experiencing tiredness. And also, it can increase energy levels even further in short periods of time – ideal for sporting events when timed right.  (II)

Blood flow was tested in a double-blind study lasting 7 days with 15 subjects using 5,600 mg daily. After the trial, the researchers found that citrulline was able to increase blood flow thanks to the way nitric oxide is increased due to the conversion of citrulline to arginine. (III)

A Rise in Growth Hormone

Growth hormone levels increased in one double-blind study which lasted 24 hours in 17 male subjects. After using 6 grams of citrulline before a prolonged exercise test, it was shown that an incredible 66.8% rise in growth hormone was noted.

Furthermore, citrulline also enhanced their urea cycle (removal of waste products) – it was shown in this same study to increase further, by 27.1-30.4% in total. (IV) 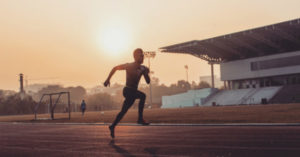 When testing time to exhaustion, one double-blind study lasting 24 hours using 17 subjects of both genders, did, in fact, see improvements in their exercise capacity. Using just 3-9 grams of citrulline over the 24 hour period reduced time to exhaustion and suppressed the exercise-induced increase in insulin post-exercise.

Other factors were also tested, such as heart rate, which decreased towards to end of the 24 hours when using 3 grams of citrulline. This is a sign that citrulline is able to lower your body’s requirements for rapid heart beating. This is in the way citrulline increases nitric oxide production, and with it, ATP – reducing the stress on the heart and lungs for example. (V)

If you’re tired of seeing supplements containing caffeine as their main component as a pre-workout, then, I suggest you start looking elsewhere.

Non-aggressive supplements such as citrulline have been shown to increase hormone production, extend performance, reduce muscle fatigue, and shorten muscle soreness by almost 50% in some cases.

So, what do I think of citrulline as a pre-workout supplement? I will continue to use citrulline alongside potassium and sodium, such as Himalayan pink salt. I find this combination of minerals with the amino acid citrulline a superior choice compared to caffeine alone. That doesn’t mean that caffeine is bad, it just means there are other (and in some cases better) options available.

As I often mention, taking more doesn’t always account to better results. As you can see from the studies, they are short, and they don’t account for long term use. Personally, I use anywhere between 500-1000 mg of citrulline on a frequent basis with great results.

If you want to know more about citrulline as a pre-workout, please leave your comments below!