You are here: Home / Supplements / L-Theanine: Lower Inflammation and Speed up Recovery
L-Theanine is an amino acid which lowers inflammation, heightens mental alertness post-exercise, and it can also fight-off illness by increasing white blood cell count.

The amino acid that’s commonly found in green tea and supplements, has been shown to benefit the body and mind in various ways. From gut health to mental alertness. And even – enhanced sports recovery.

L-Theanine does this by stimulating brain activity and preventing the onset of common infections by increasing white blood cell count – strengthening your defences.

Within sports, if you can give your body the ability to reduce inflammation with the use of l-theanine. Which also stimulates the production of white blood cells (preventing illnesses), you’ll recover at a much quicker rate.

Furthermore, by reducing oxidative stress that builds up during and after exercise, means you’ll be able to train more frequently – all thanks to l-theanine supplementation.

Benefits of L-Theanine on Reducing Inflammation 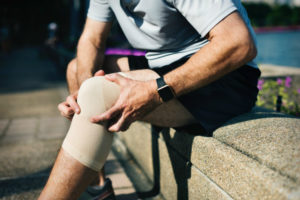 I’m sure you’ve felt it at one time or another. After a heavy training session, your body aches and swells, and there seems to be pain all over. Sometimes lasting for days.

This, my friend, is partly down to inflammation – an overlooked symptom of exercise and a stress-induced lifestyle. And believe it or not, inflammation can cause a number of health issues to arise if left unattended – not only aches and pains after exercise.

Inflammation, when chronic, can aggravate the onset of a whole variety of health problems. A prolonged inflammatory response in the body can damage healthy cells, muscle tissues, and vital organs. If left unattended, this can even damage your DNA.

L-Theanine has been shown to reduce oxidative stress in the body when used continuously. It works to enhance your body’s ability to regulate inflammation – flushing out toxins from your body.

Benefits of L-Theanine on Inflammation:

Other benefits of L-Theanine Supplementation:

Study on l-Theanine and Reduced Inflammation:

As for the study which tested L-theanine’s effects on lowering inflammation. A group of researcher tested 20 members of the Polish rowing team. The study lasted 6 weeks while using 150 mg of L-theanine supplementation daily. 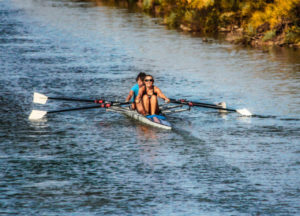 At the beginning of the study, they asked the rowers to complete a 2000m rowing test while measuring stress levels, inflammation biomarkers, along with standard blood tests etc.

Then, the rowers used l-theanine daily for 6 weeks while carrying on with normal daily activities. At the end of the 6 weeks, the rowers completed a final test – again, 2000m monitored rowing.

It was found that inflammation was significantly reduced. This was due to the absence of IL-10 (a cytokine responsible for lowering inflammation). Which then highlights that l-theanine worked as a buffer against the onset of inflammation in the first instance – preventing the release of IL-10.

Subsequently, because IL-10 was decreased, IL-2 to IL-09 were, on the other hand, increased. These cytokines (IL-2 to IL-09) are responsible for increased immunity in the body by multiplying white blood cell count. (I)

To summarise; thanks to the lowered amount of IL-10, a rise in other cytokines were allowed to flourish. Which then points to the fact that l-theanine does in fact, lower inflammation, whilst increasing immune health throughout the body.

How Much Theanine To Lower Inflammation? 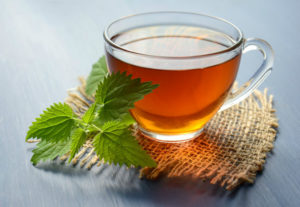 As we can see from the above study, using 150 mg daily for 6 weeks has been shown to lower inflammation while increasing immune health. This dose recommendation is a good place to start if you want to see results in faster muscle repair post-exercise.

Whilst on the topic of l-theanine for recovery, you might want to read my article on l-theanine post-exercise for increased mental performance and alertness. You can read that article here –  L-Theanine: Improve Post-Exercise Mental Alertness.

L-Theanine, whether you get it from tea or as a supplement, I highly recommend it to anyone who wants to lower stress, inflammation, or even oxidative stress after exercise – while increasing immune health.

Furthermore, l-theanine can also help to regenerate mental energy post-exercise. It’s been studied that using as little as 50 mg of l-theanine after a workout can reduce mental fatigue by a massive 50% – see the full article here.

As for increasing recovery by lowering inflammation, using 150 mg per day consistently has been shown to be highly beneficial for active people.

If you wish to learn more about l-theanine, you can read more about its full benefits in my main article here – Benefits of L-Theanine.

(I) A. Juszkiewicz, et al. “The Effect of L-Theanine Supplementation on the Immune System of Athletes Exposed to Strenuous Physical Exercise.” Journal of the International Society of Sports Nutrition, BioMed Central, 15 Feb. 2019. (source)