You are here: Home / Supplements / Vitamin C
Vitamin C, also known as l-ascorbic-acid, increases muscle repair while assisting in improving cognition and the removal of waste products – acting as a powerful antioxidant.

Having enough vitamin C will allow your muscles, connective tissues, along with your joints and ligaments to heal efficiently – important for strength training. This is due to the way the antioxidant properties found in vitamin C reduce training-induced muscle damage.

On top of this, if you’re suffering from fatigue, like you’re living in a cloud of brain fog, you could be low in this healing vitamin. This is due to the way Vit-C increases brain activity by accelerating chemical reactions linked to improved cognition – acting as a nootropic.

Another important point to mention is that we’re unable to synthesize our own vitamin C. Therefore, it makes it very easy to become deficient in this water-soluble vitamin to maintain health, and sports performance. (I)

However, vitamin C doesn’t come without its downsides. It blunts the mitochondria’s ability to form and multiply. This has been shown in some studies to limit athletic performance. More on this below.

The Link Between Vitamin C and Oxidative Stress

Vitamin C improves immune function as it’s a strong antioxidant. It flushes out toxins after exercise while improving muscle recovery.

This is thanks to the way vitamin C reduces oxidative stress in muscle fibres and the damage caused to myofibrillar proteins that make up muscle fibres.

Furthermore, it also helps to reduce inflammation and the toxins that are caused by aggressive or prolonged exercise. Most importantly, it removes free radicals in your body. Again, this is because vitamin C removes toxins released by oxidative stress (OX) and reactive oxygen species (ROS).

For reference, OX is created by the imbalance of free radicals caused by exposure to stress on the body. And ROS is a mixture of both free-radical and non-free radical oxygen intermediates. These both increase during and after physical training.

As mentioned, vitamin C plays an important part in the recovery of damaged muscle fibres post-exercise. It’s well regarded as a healing vitamin as it enhances the recovery process thanks to the way it reduces free-radical build-up post-exercise.

One important thing to note here is that stress, while important for training adaptations to occur, too much of it causes many problems. Problems such as prolonged injury and a weakened immune system, damaged muscle fibres and tissues, and even blood vessels.

One study from the US Olympic Committee said: “Vitamin C is an essential component of the diet and may reduce the adverse effects of exercise-induced reactive oxygen species, including muscle damage, immune dysfunction, and fatigue.” (II) 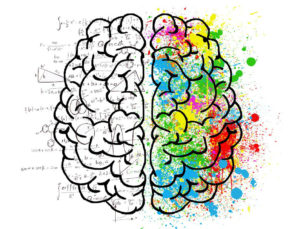 As vitamin C is linked to the maintenance and health of neurotransmitters, it’s safe to say that vitamin C can enhance cognition. More specifically, focus, concentration and memory.

Most often, neurotransmitters are related to the way your brain sends and receives signals. But they are also important for memory and coordination during activity. Vitamin C has been linked to healthy neurotransmitters – allowing you to think and feel at your best.

Reactive Oxygen Species (ROS) increase with training intensity and frequency. ROS is an important process in allowing for adequate training adaptations to occur. Such as the type of training stimulus that signals for your body to repair itself, to become faster and stronger. 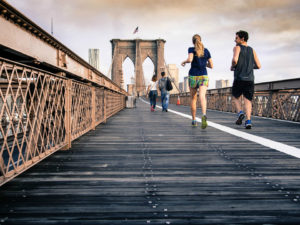 Furthermore, when ROS increase, it signals for additional mitochondria to be produced. The mitochondria are the ‘powerhouse of the cell’ – they help you to create more energy and heal your body during sickness or post-training.

The downside to using vitamin C is that it blunts the production of mitochondrial biosynthesis (which is the creation of additional mitochondria). This is due to the way it prevents ROS from being released in the first instance.

So, while we might often associate ROS as something we would want to avoid in everyday life as it’s closely connected to oxidative stress, we actually welcome ROS when looking to create positive training adaptations.

How Much Vitamin C To Use For Sports Performance?

While vitamin C has not been classed as a sports ergogenic similar to that of creatine – it is, however, advised to consume five servings of fruits and vegetables containing vitamin C on a daily basis to maintain a robust immune system which promotes recovery.

Furthermore, if you are someone who trains on a frequent basis, it may be wise to use supplementation alongside a healthy diet. This is because it may be difficult to reach your daily vitamin C requirements if activity levels are high. This is down to the way that vitamin C is water-soluble, which means it can be quickly lost through sweat and urination.

As for doses 1 g/d has been shown to potentially limit mitochondrial biogenesis – limiting sports performance. Therefore, the suggested dose is roughly 60 mg per day with a well-balanced diet. (IV)

While all vitamins and minerals are important for adequate growth, recovery, immune support and mental well-being – having too much of vitamin C that you’ll find in most over the counter multivitamins isn’t such a good thing. Let me explain:

Yes, vitamin C will lower your oxidative stress and reactive oxygen species that builds up, causing free radicals to run havoc on your immune system, limiting your recovery, mood, and overall well-being – enhancing your sports performance.

However, a little bit of everything in moderation is good for us – and the same can be said for both OX and ROS. We need small amounts of stress to enable our body to adapt and grow – especially during times of training.

So, while you might initially think that ROS and OX are bad for your health (and you’d be right in thinking so if left unattended, or if it’s prolonged) we need a certain amount of ROS to build up to signal for additional mitochondrial biosynthesis to happen.

Long story short, do I recommend using vitamin C? Yes, but only in smaller doses of roughly 50/60mg per day alongside a well-balanced diet. And there’s one more condition that I’d apply to this, and that’s to only use supplementation if you are very active or if your diet is limited in good sources of vitamin C.