You are here: Home / Supplements / Luteolin
Luteolin’s benefits range from testosterone enhancement and hormone regulation – to improved memory acting as a nootropic. It can even be used to reduce cardiovascular disease, whilst also being used in cancer treatment. 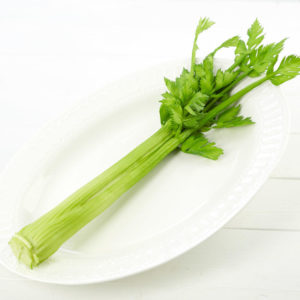 If you’re anything like me, then you’re always on the lookout for foods or supplement that will protect the body – whilst fighting illnesses and improving sports performance. Luteolin is such a supplement. Its benefits seem vast, yet hugely underrated.

Not only that! It’s also gained interest as a preventative measure in cardiovascular disease, and breast cancer treatment in postmenopausal women with high estrogen.

Luteolin is a flavonoid which contains anti-oxidative, anti-tumour, anti-inflammatory properties – and anti-aromatase benefits. Which means; improved hormones and overall health for both men and women. 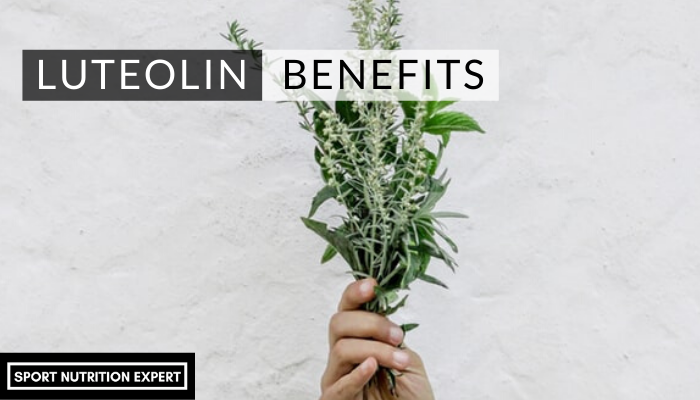 Firstly, what is Luteolin? Luteolin is a flavonoid that acts in numerous ways around the body to limit the progression of tumour and cancer cell growth, whilst preventing estrogen ‘build-up’ – along with cognitive enhancing benefits.

Therefore, it’s ideal for neuro-hackers, athletes, or anyone looking to improve their hormone regulation and overall health.

It’s found in numerous fruits and vegetables such as; celery, peppers, apples, onion, and grapefruit to name a few. You can also find it in supplement form. Look out for highly bioavailable supplements like those at PerformanceLab.com 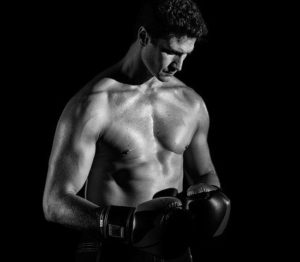 Estrogen is a key hormone in the development of sexual and reproductive health in women. However, too much can cause health concerns in both men and women.

For women who are in the post-menopausal stage, it’s been shown that high estrogen levels may cause breast cancer to form. (I)

When estrogen increases in men (typically as we age) then we’ll gain body fat, our muscles will begin to disappear, and our mood, focus, and energy will begin to decline.

Luteolin has been shown to inhibit the production of estrogen, thus helping to prevent a decline in testosterone as we age. (II)

And it’s not just age that can increase estrogen levels in men. Stress, a bad diet, and a lack of sleep can also contribute to a rise in estrogen.

This is where I’d recommend looking into adaptogen supplements like Ashwagandha, Mucuna Pruriens and D-Aspartic Acid DAA, and yes, luteolin.

To highlight this point further on hormone regulation with the use of luteolin. It’s luteolin’s anti-aromatase benefits that hold the greatest benefit when aiming to improve testosterone. Or simply, to reduce estrogen. (III)

It’s aromatase which is the key enzyme in estrogen biosynthesis. And while estrogen is important for women, too much can be harmful as it’s been linked to breast cancer in post-menopausal women.

High estrogen levels are also connected to depression, dementia, and autism to name a few. (source) Therefore, and something I’m passionate about, is that we should look to monitor our hormone levels as we age with the use of luteolin for example – or other hormone-regulating supplements such as ashwagandha, DAA or Mucuna Pruriens.

Inflammation can wreak havoc on the body. It can cause illnesses to occur, it can prevent blood from reaching your muscles, and it can even make you feel tired and fatigued. Therefore, it pays to understand how to reduce inflammation where possible. 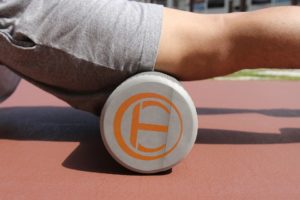 A diet lacking in polyphenols, phytonutrients, along with vitamins and minerals and flavonoids (such as luteolin) will slowly result in elevated inflammation.

Furthermore, when we exercise, one of the first healing responses in the body is inflammation. This protects your cells, and signals for muscle tissue healing.

And while this is an important step in the healing process (exercise-based), too much of it and it will transcend into a cascade of negative symptoms around the body as previously mentioned.

Luteolin has been demonstrated to prevent inflammation biomarkers from increasing, helping the body to reduce inflammation – either from exercise or diet and stress etc. (more on this below)

Luteolin is well studied as a healing protector against cardiovascular disease and inflammation. This is due to its anti-oxidative, anti-tumour, and anti-inflammatory properties.

It’s even been shown that flavonoids, or more specifically, the lack of flavonoids in the diet is a contributor to poor myocardial infarction. Meaning, restricted blood flow in and around the heart. (IV)

As for the research, it’s been shown that luteolin-7-glucoside (which is found in luteolin) improves blood flow by 186%, and relaxation of heart valves by 104%.

Therefore, this is an indication that luteolin plays an important role in heart and overall cardiovascular health. (V)

Brain fog can be classed as “reduced mental acuity and cognition, inability to concentrate and multitask, as well as the loss of short and long-term memory”. (VI) 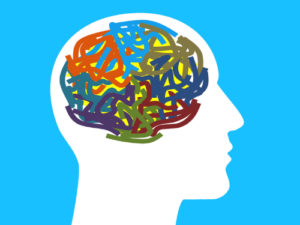 It can also be an indication of the onset of Alzheimer’s disease (AD). Also, those with “minimal cognitive impairment,” is thought to be early warning signs of the disease. (VII)

It’s also been shown that neuropsychiatric disorders (such as AD) may stem from oxidative stress, mitochondrial dysfunction, and chronic inflammation. (VIII)

Therefore, if you’re someone who feels that your brain isn’t working to its full capacity, then you should take a look into luteolin.

“Luteolin was also shown to induce the synthesis and secretion of neurotrophic factors in cultured rat astrocytes”. (IX)

Luteolin Benefits in The Mind:

To summarise; luteolin acts in numerous ways in the brain to reduce inflammation, DNA, and mitochondrial damage that might otherwise lead to ‘brain fog’ or other neuropsychiatric disorders.

It’s been suggested that because of luteolin’s biological effects, such as it’s anti-inflammatory activity – it may then be a logical supplement or food in anticancer treatment. (XII)

This is due to the way luteolin enhances apoptosis (cell death) and the inhibition of cell proliferation (increased cell growth) that are often noticed in tumours. (XIII)

Not only that, but luteolin also prevents cancer cells to multiply and grow. It does this by stimulating the tumour suppressor p53 – p53 is a protein and a gene that codes and regulates the cell cycle. Thus helping to prevent the build-up of tumours in the body. (XIV)

How Much Luteolin To Use [Doses]

When looking at the studies, researches have used anywhere between 2 mg or 10 mg per kg of body weight in animal studies with great effect to treat lung cancer for example.

It was shown that lung cancer cell growth was limited by 40% and 60% when using 2mg and 10mg per kg of body weight in rats. (XV)

However, there’s not a whole lot of research available on doses for humans. But what I have found is that 30/60 mg per day seem to be a sensible figure to shoot for, depending on your lean body mass – and your goals.

As a general rule, we should look to consume fruits and vegetables on a regular basis which contain luteolin. These foods may be celery, thyme, lemon, apples and capers to name a few.

However (and I’ll discuss this in more detail below) is that supplements may be more beneficial as the amounts required to see the complete benefits of luteolin can be hard to obtain with foods alone. This is due to absorption rates and our modern diet – lacking in fruits and vegetables.

Luteolin! A miracle flavonoid? Or just another fad supplement? I’m my honest opinion, and according to the research, luteolin is the real deal.

It’s been widely reported to increase energy (in the mitochondria) whilst protecting cells from cancer and tumour growth. 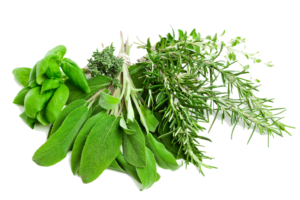 Not only that, if you’re experiencing brain fog (which could cause serious mental health illnesses) then you should look into luteolin, as it will detoxify the mind – helping your brain to function at its best whilst protecting your neuroimmune system.

As for how much to use, and how often? It’s been suggested that 30-60mg per day consistently is a good place to start.

You can either use foods or supplements to do this. If you are looking for testosterone enhancement with luteolin, then look into Performance Lab T Booster – it’s by far the best available that I’ve personally used.

But if you are looking to use foods as your only source of luteolin, let me explain how this may be an issue, below:

Due to our modern diet, we generally don’t get enough flavonoids and other food sources such as polyphenols or phytonutrients. (XVI)

Therefore, this means the ‘average person’ can’t consume enough for it to make a positive impact on their health.

Moreover, it’s been shown that less than 10% of orally ingested flavonoids are absorbed and metabolized to inactive ingredients located in the liver – resulting in fewer flavonoids reaching the remainder of the body. (XVII, XVIII)

Therefore, you may wish to use supplements alongside your diet to ‘top-up’ your body’s ability to absorb and use flavonoids for their respective benefits, as listed throughout this article.

This doesn’t mean that we should give up on whole-foods, instead, use a combination of healthy ‘flavonoid’ rich foods combined with highly bioavailable supplements.

(XVII) Passamonti, S, et al. “Bioavailability of Flavonoids: a Review of Their Membrane Transport and the Function of Bilitranslocase in Animal and Plant Organisms.” Current Drug Metabolism., U.S. National Library of Medicine, May 2009. (source)